On Wednesday, Tesla shares extended its rally, increasing to more than 11% after market hours following better-than-expected results for the past quarter of 2019. In an earnings call discussing the Q4 report, retail and institutional investors asked CEO Elon Musk if it will be the perfect time to have more capital. They recommended Tesla could add easily at favorable rates now. And it is either to pay down debts or accelerate the firm's progress on the new products and factories. CFO Zachary Kirkhorn and Tesla's Automotive President Jerome Guillen reiterated Musk's sentiments, saying that the firm has no plans to raise more capital as of this moment, or possibly ever again. Musk stated, "We're spending money as quickly as we can spend it sensibly." He indicated that they are not artificially limiting the room for improvement. He said, " Despite all that, we are still generating positive cash. In addition to that, it doesn't make sense to raise money because we expect to generate cash despite this growth level." In addition to that, the CEO has many massive expenses ahead. The firm vowed to build and begin vehicle production at a factory near Berlin by the end of 2021. As of now, it is still building out its factory in shanghai, and supply chains in China. It has promised customers and investors feature-complete self-driving technology and a brand new Plaid powertrain this year. Then, an improved battery tech, an all-electric Semi truck, a next-generation Roadster, and Cybertrucks are all on the horizon.

Meanwhile, Loup Ventures' Gene Munster is widely known as a bullish Tesla. And he asked Musk to reveal the amount it might cost to produce Cybertrucks and the number its company could make. The CEO answered, "We don't comment on those detailed numbers. The demand is more than we can reasonably make in the span of 3-4 years." Then, he also said that Tesla would pour its attention on increasing battery production capacity and reducing the cost of battery production. According to Musk, if they don't improve that, they would likely end up shifting unit volume from one part to another, resulting in not actually producing more electric vehicles. And this is partly the reason why they haven't accelerated production of the Tesla Semi. It uses a lot of cells. And unless the firm gets hold of those cells available, accelerating the creation of the Semi would mean having fewer Model 3 or other cars. 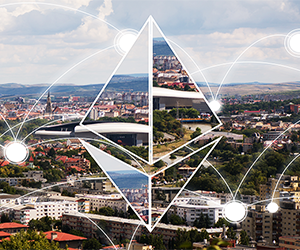